A Lesson From Sports (No, Really!)

I confess, I'm no longer much of a sports person.  I was a big football fan in high school and college, and I loved baseball as a young adult.  But those were a lifetime ago, and I never really got into basketball (except for the John Wooden years at UCLA).
So imagine my surprise when a few days ago I was listening to This American Life on Pandora, and found myself listening intently to a segment on basketball.  (Dangerous discovery, you can stream complete episodes.)  The overall topic was about making bad choices, and several of the segments were fascinating, and held lessons that could be applied to writing, and to life.  I highly recommend the entire episode,  "Choosing Wrong.", but there was one segment that had me running over to stop and start over so I could make notes ("Swish Miss."  featuring Malcolm Gladwell.  It's only 28 minutes, if you don't have time to listen to the entire episode).

The segment was about (in part) crowd behavior and a theory Gladwell references called the "threshold model of collective behavior."  The basic premise is that there is a threshold - different for each person - of the number of people who have to participate in a given behavior before an individual will join in.  Early adapters obviously have a very low threshold.  Same for individuals with a high anger level when the behavior is destructive. 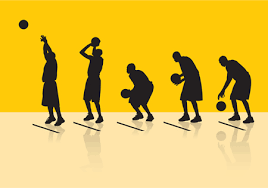 Gladwell went on to talk about basketball, and free throw style.  And this was where my writer brain tuned in.  The subject was Wilt Chamberlain and Rick Barry.  Chamberlain wasn't great at free throws (he was great at everything else, just not free throws).  Barry had an excellent record.  He set several NBA records, and retired with a 90% free throw average.  (For comparison, a quick search shows Chamberlain's percentage hovering around the 50% mark every year, and current superstar LeBron James hits in the 70% range.)

But Barry threw underhand; he looked like "a granny."  There's a You Tube video of Barry demonstrating his shot here. Chamberlain took Barry's advice and tried underhand throws. His scores improved.  A lot.  And then he went back to overhand throws and missing.  A lot.  In his autobiography Chamberlain admits point-blank, "I know I was wrong."  But he couldn't bring himself to continue using the underhand shot because it made him feel like "a sissy."

That was the underlying message.  Gladwell describes Rick Barry this way:  "His drive to be a better shooter is stronger than his worry about what others think of him," and draws these two conclusions:

1.  He put mastery and perfection ahead of ALL social considerations.

2.  It takes courage to be good.  Social courage.

This is really just another way of saying what my writing mentors (Dean Wesley Smith and Kristine Kathryn Rusch) say about not letting other people in your writing office.  As soon as you start to worry about what someone else will think or say about what you are doing, you risk putting social considerations ahead of your drive to be your best; you give up that successful underhand free throw for a more socially-acceptable form, EVEN IF IT MEANS BEING LESS SUCCESSFUL. 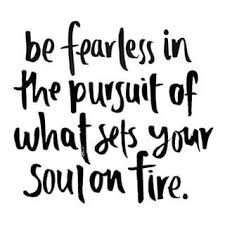 And, man, is that a lesson I have to keep re-learning.

It doesn't just apply to writing, of course.  In all aspects of our lives we need to remember to be socially courageous.  Speak up for what you believe in.  Dare to write, or paint, or sing, or dance, or dress, or live, in a way that makes you successful - by whatever definition of success matters to you.

Courage.  I wish courage for all of you, my friends.
Posted by Chris at 9:28 AM 2 comments: